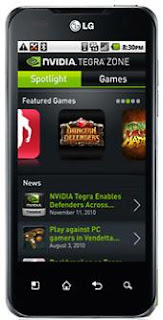 In this post I will talk about the new technology of the Android ... Nvidia will release an Android application called Tegra Zone, which provides the easiest way to find Android applications that make the most of dual-core processor capabilities of NVIDIA Tegra 2.

NVIDIA shows that the poor support the Android Market for large files has made the developer a retreat to provide a great game to the Android community.

Gameloft, one of the largest gaming companies to develop, has also been invited by NVIDIA to join the Tegra Zone. As you know, Gameloft does not offer games on Android Market, but maybe this will change if the two companies agree to some agreement. We can expect to see Tegra Tegra Zone immediately after the 2 first available.

Balas
(IMC) IN MY COMPUTER 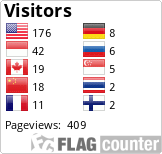